The global Corona pandemic has virtually crashed the formerly resilient stock markets around the world. Massive uncertainty about the further spread of the coronavirus and the serious economic fallout by the far-reaching containment and mitigation measures have made share prices tailspin. Despite the recent slight recovery, the loss of market valuation is larger than it was in former epidemics which did not reach such a global scale. 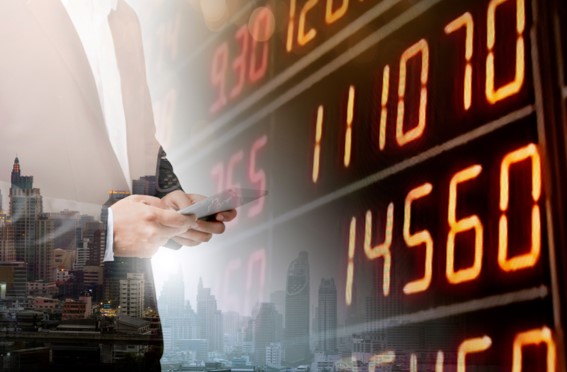 The problems in China, where radical containment measures severely hit the economy and made GDP shrink in the first quarter, have moved out of focus, as new infection rates in China have fallen significantly. Barring another outbreak of the virus, the average annual growth rate in China in 2020 might figure around 4 % which is a loss of around 2 pp due to the virus effects in the first quarter. Even such a moderate slowdown in China severely affects the global economy through lower demand for consumer and capital goods, supply bottlenecks for intermediate goods, less tourism, etc.

While China is likely to become a stabilizing factor from the second quarter onwards, the rapid spread of the virus outside China is creating significant recessionary momentum. It is still very hard to predict, when the Corona infections may slow down and make it possible to reduce the length and the severity of necessary containment measures. This is the critical issue for the global economic consequences of the pandemic. Scenarios range from a rapid V-shaped recovery of the economy, in which a strong rebound sets in after one or two significantly negative quarters, to a more U-shaped development, in which infection rates continue to rise in some regions while falling in others, to an L-shaped development, in which measures to contain the virus are unsuccessful, millions upon millions of people are infected and the economy slides into a prolonged hard recession.

Given the high degree of uncertainty regarding the spread of the virus, it is not sensible to assume the best possible course of events. The V-shaped recovery for the global economy seems overly optimistic. On the contrary, it seems reasonable to assume that while infection rates decline in Asian countries, they will continue to rise in some regions, such as Europe or the USA and make severe containment and mitigation measures necessary for some time to come. The recession in the first and second quarter looks likely to create GDP – losses larger than those in the Great Financial Crisis in 2008/09. But this recession is a special one, caused by the containment an isolation measures enforced by governments. Once they can be relaxed, that will unleash a rebound of demand. This is different to the very opaque causes of the Great Financial Crisis that triggered the fear of a total collapse. Assuming that the peak of the infections will be reached in the course of the second quarter in Europe and the USA, activity will start to pick up again in the second half of 2020. In the course of a recovery, demand will normalize, unfinished orders will be processed, deliveries will be made and production facilities will be better utilized, workers will return to their jobs.

Financial markets tend to anticipate developments. A slowdown in the rate of virus infections and some early indications of an economic recovery could be enough to give markets a boost from the low levels they have reached. Due to the economic fallout of the Corona virus, monetary and fiscal policies are now even more expansionary than they were before the crisis. Expansionary fiscal policies include higher health investments, different forms of support for embattled companies and tax cuts or financial handouts for private households. Central banks have implemented massive expansionary measures in many regions and hold out the prospect of further steps if necessary. The post-virus recovery will therefore be supported by a host of policy measures and, given very low interest rates, the outlook for financial markets should then be favourable again. 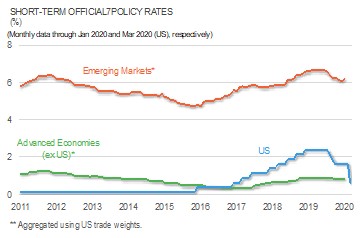 The trend towards expansionary fiscal policies has been with us long before the outbreak of the corona virus. Given the extremely low level of interest rates, there has been an incentive for political actors to achieve their goals by means of fiscal stimulus and higher debt. The balanced budget in Germany e.g. (the „black zero”) has been under permanent political attack also from within the country. Also, international organizations have calling on countries to use their fiscal leeway, and the central banks themselves are pointing out that monetary policy is reaching the limits of effectiveness and that fiscal policy must now do more. The huge crisis measures in many countries do resemble calls of the advocates of a modern monetary theory to just do what is necessary without worrying about the financing of these measures. Presumably, this strategy will end in very large bond issuance of governments around the world (not just in cheques written by national central banks as proponents of MMT might prefer).

Will the enormous accumulation of debt lead to sovereign defaults? As long as interest rates stay as low as they are and the fiscal stimulus has some positive impact on growth, this seems unlikely. Central banks will do whatever they can to prevent a significant rise in interest rates that would endanger public finances and they will do whatever they can to stabilize economic growth. In case there is little private demand for government securities and interest rate rise, central banks will be on the buyers side. Thereby they will succeed in keeping capital market yields, including longer maturities, at an extremely low level. This „integration of monetary and fiscal policy“ helps to ensure that economic policies actually have stimulating economic effects.

However, as the expansionary policies lead to further increases in the supply of money and liquidity by the central banks, there is concern that this might trigger an inflationary potential and might endanger our monetary systems. Inflation is notoriously hard to predict, but it seems quite likely that it will increase in the near term, as the supply of goods will be temporarily reduced by disruptions in supply chains and production processes. In the longer term, however, the supply of goods will normalize. And there will be effects dampening inflation on the demand side – unemployment that is expected to surge in the crisis months and can only be reversed gradually, as well as a reduction of public deficits once the corona crisis has been overcome. It is therefore probable that the high liquidity supply of the central bank will again lead to asset price inflation and a strong upward cycle on the financial markets in the longer term.

The acute danger of the coronavirus has, at least for the time being, pushed other political risks for the global economy of center stage. The power struggle between China and the USA in trade and customs policy will probably be put on hold for some time, as long as the danger of a prolonged economic recession has not been averted. In the long term, however, the rivalry between the two countries will show up in new tensions on many unresolved trade policy and technology issues. A renewed escalation of protectionist measures would be a considerable test of the ability of monetary and fiscal policy to keep the economies on a growth course in the long term.

Major risks for the economy are embedded in the fact that corporate debt has been rising sharply for years and that the quality of loans and corporate bonds has simultaneously declined. In the current situation, default events due to the coronavirus or insolvencies due to the drastic drop in oil prices could lead to a general fear-driven rise in interest rates and stricter credit standards for companies with medium or lower credit ratings. But given the announcement of huge government support measures and central bank interventions in many large countries, a collapse of credit markets should be avoided. This is of critical importance to stabilize the financial markets. Short term stabilization measures will in the longer run be followed by major restructuring and consolidation in various industries strongly affected by the crisis.

There is much to suggest that the prices of risky assets will again rise significantly in post Corona crisis times. The expansionary financial cycle is likely to continue for some years. With extremely low interest rates for safe securities, there are no attractive investment alternatives to risky assets for the foreseeable future. Moreover, monetary and fiscal policies will do what they can to keep the economies going. However, until the recovery starts, there is likely to be significant risk of price fluctuations. The uncertainty about the containment of the Pandemic is likely to cause further downward pressure despite the losses that have already occurred. But increased volatility also brings opportunities. Long-term risk taking in the depth of the Corona crisis will carry a reward.